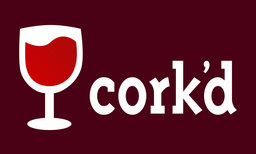 It’s been a long time since I’ve blogged about Wine 2.0, the term used to describe the intersection of wine and Web 2.0. But I guess it’s time for a gut check as Cork’d chairman Gary Vaynerchuk announces the gradual wind-down of the site after 4 years of operation.

Gary purchased Cork’d a couple years back and until last year really didn’t do too much different than the core social wine tasting note application that made the site unique when it launched. And that’s too bad as there are some interesting things that could have been done with the platform if it were more integrated with Wine Library. In the final analysis, it was probably too much work to filter the content to make it useful but I suspect it was the overall size of the active community that made this decision inevitable.

Users have time to export their content to other tasting notes sites such as CellarTracker or Adegga. And Gary is hinting at another wine related social site in his sign-off video below. RIP Cork’d.

Although some folks don’t care for such prognostication, I posted six predictions 365 days ago for 2009. Before I post a new set for 2010, I thought I would revisit this post and see how close I came to foretelling what might happen last year in the wine world:

The Year of Value – It didn’t take a rocket scientist to predict consumers would look for the best wine values in 2009. The final statistics will not be out for a few days but from what I’ve seen recently, wine sales actually increased in the U.S. and Canada in 2009 but wines above $35 a bottle were flat to slightly down over 2008. The entire market traded down in 2009; it will be interesting to see what happens as the economy improves.

Wineries Really Go Direct – One of the industry trends that I closely track is adoption of social media. As smaller wineries come to grips with the reality that distributors are no longer the best place to sell their wines, they will look to new ways to connect directly with customers. We saw a lot of activity in this area in 2009 with wineries big and small adopted social marketing in a big way. I fully expect to see a lot more activity this year as wineries of all sizes expand their direct-to-consumer sales efforts.

Alternative Packaging – I’ve noticed a large increase in the amount of alternative closures in the past year with a sharp rise in the amount of screwcaps but also quite a few plastic corks being used. But this was really not part of this prediction so I guess I have to call this one a fail. Or perhaps this prediction is just a bit ahead of the curve.

Wine 2.0 Will Produce A Star – Another miss as no one really emerged from the Wine 2.0 pack. But I still think we will see a winner here in the next 12 months as Cork’d gets serious, CellarTracker gets a much needed user interface update and Snooth continues to grow.

Wine Media Goes Digital – I have to say that I’m surprised there wasn’t at least one wine magazine making more than just evolutionary moves online. Both Wine Spectator and Wine Advocate improved their online offerings in the year but no one really did anything very dramatic. A pity as 2010 looks to be the year of the tablet (or at least, the eBook reader). Time was lost and it will show by the end of this year.

Americans Drink Less Wine At Lower Price Points – As I mentioned on my first prediction, wine sales appear to be up over 2008 but at lower prices. So I’ll count this one as half right.

So 2 1/2 out of 6 or about 42% right. I guess I’m improving over my earlier efforts but still not a very reliable predictor of the future. If I didn’t have 5 really good predictions already written up, I just might just give this up… no, probably not, as it’s still too much fun for me.