You are here: Home / Archives for Good Grape 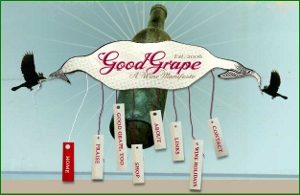 Editors note: This is a cross-post of my “weekly” post over at Jeff Lefevere’s Good Grape blog. Since I’ve been silent there for a while, expect some more frequent posts some of which I’ll cross-post here.

It’s been a while since I posted here at Good Grape so I thought I would get back into action with a meaty topic I think a lot about in my day job as a wine marketer.

How has wine marketing changed in the era of consumer generated content?

At one end of the spectrum is the ground-breaking work by Hugh MacLeod harnessing the power of social media to reposition Stormhoek as a “social object.” You can check out Hugh’s account of his campaign by viewing a 25 minute video of a talk recorded at the PSFK Conference in London last month.

What is most interesting about Hugh’s story is how simply — and almost by accident — he implemented a global marketing campaign in a very fragmented and traditional industry. Like a lot of wine brands, Stormhoek is a volume play where critic’s scores, aggressive sales practices and shelf-talkers are the standard marketing approach. So what did Hugh and Company do? They engaged the blogosphere and started a global conversation about their brand. The result was more than doubling sales in less than 2 years for an investment of about Ã‚Â£20,000 (approx. $41,000 USD).

The other end of the spectrum is where 99% of the wine industry is at the moment with their heads in the sand about the internet and little clue about social media. They live in fear someone uneducated consumer will bad mouth their wine on one of the new Wine 2.0 sites such as Cork’d. This level of spin control and anxiety is understandable given the subjective subject of wine tasting where a $2 Chardonnay could be judged superior to a $40 Chardonnay.

But I have three words of advice for winery owners – Join the conversation!

We have seen a few brave wineries start blogging and engage the growing wine blogosphere. Although the jury is still out on their efforts, I know wine has been sold and word of mouth has resulted in new customers.

Don’t have a tasting room? Use your blog to create a “virtual porch.”

Have a limited marketing budget? Spend some time reading and responding to wine bloggers and they will say some good things about your wine and drive traffic to your blog.

The theme of this week’s Wine Industry Technology Symposium underscores the urgency of wineries adopting new online marketing strategies. My favorite quote was from wine podcast superstar Gary Vaynerchuk from Winelibrary.com who said in his talk to , “Embrace your website as your business.” Amen, brother; I hope a few wineries there got the message.

So the bottom line is that wineries who are not part of the social media conversation are doomed to let consumers determine their word of mouth. Like any online endeavor there are trolls but if you engage and extend the conversation you are more likely to encourage partisan customers to come to your aid. If you do nothing, you are likely to suffer in “Google Hell” for some time.

All it takes is a bit of time and focus. The rest — like what Stormhoek has done — could be history. 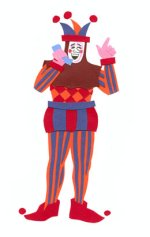 Editor’s Note: This is the first of at least 52 posts for the Good Grape blog over the next year.

While tasting at yesterday’s Zinfandel Advocates & Producers (ZAP) Festival, I came across an interesting new brand that is targeting their wine squarely at the Millennial Generation. Muse Winery has launched this wine as “Mingle” and not the more expected “Zinfandel” because the Millennial buyer is looking for different wine taste experiences and is more tolerant of unconventional blends than their Baby Boom parents. Mingle delivers on the different blend front with Zinfandel being joined by Syrah and Cabernet Sauvignon instead of the more common Petite Sirah and Carignan. The result is quite nice with forward black cherry fruit, a touch of black pepper and smooth tannins. I rated it a very good 86 on the 100-point scale. It’s not just the wine, but also the packaging, that will appeal with this demographic as Muse has created a colorful label, unconventional bottle shape and “Peel, Pop and Pour” cork closure last seen on inexpensive sherry and port.

For readers not familiar with the Millennial Generation, I’ll back up and give you some background. Born between 1979 and 2002, Millennials follow GenX and The Baby Boom in the generations since WWII. Now coming of drinking age in large numbers — they are 100 million strong in total — this generation is the first to get into wine in a big way since their parents Baby Boom cohort. Unlike their parents, they are not looking for status wines or cellaring, preferring instant gratification. Wine should be unpretentious and just good to drink with Millennials who also look for food friendly wines. They are also squarely in the value category from a price perspective with the sweet spot being between $10 and $15 USD a bottle.

From a marketing perspective, Millennials present several opportunities for wineries. Since they are really just looking for a pleasant beverage for enjoying with food, scores and awards are not important. This means no brand building in the pages of Wine Spectator, Decanter or Wine Enthusiast magazines. Millennials are also the most wired generation, never knowing a time without the internet. This presents the wine marketer with the opportunity to market online and add social media to the mix. I’m currently working with a consulting client on launching a brand to this generation and a My Space presence and podcast are key elements of our marketing plan. We are also spending time on simple, colorful and attractive labels, unique bottles and Stelvin twist-off closures.

So it’s not business as usual selling wine to Millennials but it is pushing the state of the art for wine marketing forward. Anything that compels wineries to embrace blogs, podcasts and online communities is alright with me.

Jeff from Good Grape has decided on what subjects he would like me to write about for his personal blog feed won on the recent Menu for Hope campaign. As I posted to his blog, I will be writing a weekly article on one of three subjects: Wine 2.0, Italian wines and wine marketing. Many of those posts will be cross-posted here but sometimes I’ll just point you to his blog for the weekly entry.

I’m looking forward to collaborating with Jeff for the next year guest blogging at Good Grape. We are also working together on a new podcast we’re calling “Unfiltered” which will make it’s debut tomorrow; stay tuned.