You are here: Home / Archives for Charlie Arturaola 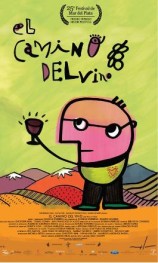 Wine films are an interesting lot. On one hand you have Hollywood features like ‘Sideways’ and ‘Bottle Shock’ where wine is largely a prop. On the other, you have documentaries that attempt to delve into the people behind the wine such as ‘Blood Into Wine’ and ‘Mondovino.’

The latest entry is ‘El Camino del Vino’ now making the film festival rounds which seems to be in the latter camp. The docudrama roughly tells the story of noted sommelier, consultant and wine educator Charlie Arturaola as he loses his palate at an Argentine wine show. Along the journey are winemakers Michel Rolland, Susana Balbo, Jean Bousquet and many other wine industry notables also appear. The premise here is intriguing and, based on the trailer embedded below, it looks fascinating.