News broke this morning that online retail giant Amazon.com will enter the wine retail business. Since Decanter reported this story as an alliance between wine.com and Amazon, I was not sure if anything was really news since their relationship was announced some three years ago. And it appears the folks at Decanter have realized their error and have removed the story from their website. But the Financial Times pointed to a recent job posting for a “senior wine buyer” at Amazon which seems to me like Amazon is taking wine distribution seriously.

Twitter chatter broke out this afternoon as Steve over at Vinfolio posted a good analysis of Amazon’s opportunities and obstacles to success in the wine business. His conclusion was that Amazon would put pressure on, “…online retailers selling mainstream, high-volume wine brands…” 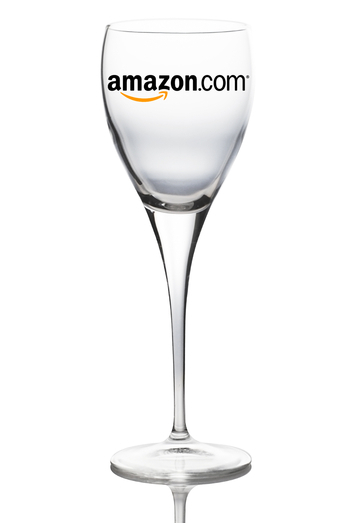 While I agree with Steve on one hand, I think he missed what we will look back on in 5 years as the most important change in U.S. wine retailing since the repeal of Prohibition:

Amazon will be the the first long tail wine retailer.

For those not acquainted with Chris Anderson’s work on the subject, a short aside. In 2004 he wrote an influential article for Wired magazine which was later turned into a best selling book, The Long Tale: Why the Future of Business Is Selling Less of More. Mr. Anderson’s premise is that businesses can exploit inefficient distribution and inventory costs and offer niche products to millions of customers. His hypothesis that 80% of the market — the Long Tail — can be significant to sales for these niche retailers who sell small amounts of goods to many customers is at the core of the Amazon business model and is used as a key case study in his piece.

I know of no other industry with a more inefficient distribution system than the U.S. wine business. In the 1980’s and ’90’s, I worked in the publishing industry and watched what Amazon did to that inefficient business, particularly in book distribution. I think they will repeat this again with wine.

But it will be quite a bit more difficult for Amazon to operate with all the entrenched special interests and government regulators who control the sale of wine, beer and spirits here in the U.S. While the book market is not nearly as regulated, with only differing tax rates as an annoyance, the wine business is far more complex with diverse shipping costs throughout the country and differing state and local taxes. Not to mention the burden of compliance record keeping and reporting and various shipping laws. In short, it’s a mess, but I think Amazon stands a fighting chance of changing the status quo which will only be good for consumers.

And I don’t think that just the high-volume brands will benefit from Amazon’s move but nearly every brand looking for distribution. The irony is that smaller wineries need more distribution help but often can’t afford it due to the costs of supporting the distributor. And vice-versa the larger brands, who do have feet on the street with distributors, get the majority of distributor attention but probably don’t need as much. This gap in the market is what I think Amazon will capitalize on and many smaller producers will find an efficient way to sell their wine online. Amazon will sell millions of customers small amounts of wine and literally make it up in volume. It’s their way as consumers can often find bestselling books cheaper at Costco or Wal-Mart while more obscure fare is often only available via Amazon.

This will be a very interesting story to follow and I truly hope that Amazon, along with Costco, will change the U.S. wine distribution business for the better.