You are here: Home / Wine News / A Judgement in California

Much has been written about the recent California State Fair Wine Competition where Franzia’s Charles Shaw Chardonnay was named a double-gold metal winner. How can a wine that sells for $2-4 at Trader Joe’s markets across the U.S. best the top wines from California that often sell for more per bottle than Charles Shaw Chardonnay sells by the case? 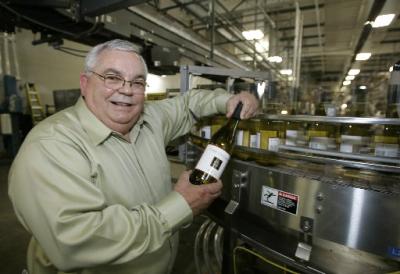 The answer is it is not possible. What I think happened was one of a few things that I haven’t seen anyone write about.

Charles Shaw is made in industrial quantities from inexpensive grapes grown in California’s Central Valley. They have also been known to buy wine on the bulk market to bolster their blend as the market allows. My guess is the bottles judged at the California State Fair came from a vastly better batch than what I, and other wine podcasters, have tasted.

I’m not sure who the judges were for this event, but I expect they were all well qualified to distinguish thin, flabby wine from truly complex and interesting wine. Given the hundreds of wines sampled at the competition I would expect some palate fatigue might have contributed to this result.

The blind format for tasting is absolutely the best way for wine to be judged as it takes away all the preconceptions one might have for a given wine. But one of the artifacts of this approach is the line-up of wines can affect the tasters perception. So I think the most likely cause for Charles Shaw Chardonnay winning double-gold (the equivalent of a 98 score) is the wines tasted immediately before the Shaw. Since many California Chardonnay falls into the over-oaked, buttery category, a fruit-forward, little to no oak wine might appear “better” due to the contrast in styles.

But I could be wrong here and Shaw Chardonnay could be one of the best values available on the U.S. market today.

The last time I tried this wine I left unimpressed but I will pick up a bottle and put it into a blind tasting along with some of the best that California has to offer. It will be interesting to see if my judgement in Minnesota lines up with a Judgement in California. As with all wine tasting, your mileage may vary.