You are here: Home / Wine News / Save The Duero! 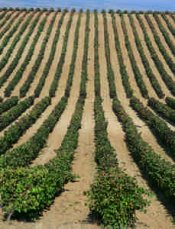 Sitting in the outer suburbs of the Twin Cities, I don’t usually get involved in local politics thousands of miles away, but an email this morning from Spain caught my attention. According to this website, a new law passed by the government of Spain threatens to change forever the terrior of the Ribera del Duero appellation.

In a nutshell, projected growth in the area has created the need to increase the highways in the area from 2 to 4 lanes. Although this sounds modest, the environmental impact is that vineyards will need to be ripped out in order for the roadway to be expanded. Several other proposals were made that have less impact to vines now in the ground, but for purely political reasons, the most undesirable option from a wine loverÃƒÂ¢Ã¢â€šÂ¬Ã¢â€žÂ¢s perspective was voted in. It’s the Spanish equivalent of turning Hwy 29 in Napa Valley into a freeway (I wonder what Tom would say about that?)

Join me in adding your voice to a petition to potentially change this outcome by clicking here. I’ll keep you posted on further developments as they happen.

Let’s prove that the international wine blogosphere can change the course of this local issue.